Mazak China is known for its rich experience in intelligent factories. The Ningxia Little Giant Factory, built in 2000, is known as China's first intelligent networked machine tool manufacturing plant, and is an annual open user-oriented open day. After the event, it was the first time to hold a high-profile forum. It seems that smart manufacturing is indeed a very hot issue, and the giant giant can also be called the smart factory model.

Chen Huiren further analyzed the industrial background of the smart manufacturing boom: a new generation of information technology with the Internet as the main carrier is booming, and a new round of industrial changes brought about by this is happening around us. The machinery manufacturing industry, including the machine tool manufacturing industry, is also undergoing a profound evolution. As a work machine, the manufacturing industry of the various categories served by the machine tool industry has also undergone significant changes. Due to the increasing flow and sharing of information, the needs of machine tool users have changed significantly in two aspects: first, the increasing demand for personalization and customization; second, the changing cycle of user product habits is shortening.

In the machine tool manufacturing industry, which is characterized by market orientation, in recent years, it has clearly felt the challenge brought by the change of the user end. It makes the discrete features of mechanical manufacturing more prominent and puts forward higher flexibility and efficiency requirements for the manufacturing system. Chen Huiren pointed out that smart manufacturing is undoubtedly the inevitable choice to meet the above challenges. He further pointed out the profound changes in China's machine tool consumer market. Its basic characteristics are that on the one hand, the total demand is significantly reduced, and on the other hand, the demand structure is significantly upgraded. The main direction of the demand structure upgrade is the automation, personalization and extensive shifting upgrades. The demand for automation and intelligence is particularly obvious. In addition to the transformation and upgrading needs of various machine tool users, there is also the supply and demand relationship of Chinese labor. A turning point change has occurred.

Chen Huiren gave a positive evaluation to this forum: "The forum based on the rich practical achievements of Mazak's long-term intelligent factory construction and the small giant digital factory as a physical platform", "not only can discuss the direction of intelligent factories, Ideas, theories and methods, and more importantly, the underlying technology, components, implementations, and paths of intelligent factories are very specific here."

Japan Yamazaki Mazak was founded in 1919 and is one of the global leaders in the machine tool manufacturing industry. It is also an early practitioner of automated processing lines and intelligent workshops. According to the introduction, as early as the early 1980s, they began to produce and provide FMS to customers. By the mid-to-late 1990s, Mazak had applied IT technology to manufacturing, using network as a guide to plant layout and create intelligence. Chemical Factory (Cyber â€‹â€‹Factory). This is very important. Mazak started early and has been in the field of smart manufacturing for decades.

In fact, Mazak's biggest feature is the "three non-principles" that they pursue: no listing, no loans, no joint ventures with other big companies. According to our popular business philosophy and paradigm of enthusiasm for capital operation and maximization of profit as soon as possible, Mazakâ€™s ideas and ideas are quite conservative. Their calmness and perseverance reflect the impetuous and speculative mentality of most domestic enterprises. And this is the real taboo of real smart manufacturing.

Thinking Question 1: Are we aware of smart manufacturing?
Here is an example of Mr. Li Zhehao, the founder of China Aviation Manufacturing Engineering, in the late 1980s. In a special academic report on the development of manufacturing engineering for the graduate students of Beihang University, Mr. pointed out that there is no way to automate on the basis of backward technology. Mr.â€™s early views still have great practical significance for us to develop smart manufacturing today. The modern manufacturing industry in developed countries such as Germany has gone through hundreds of years of development and accumulation. From industry 1.0 (mechanization), it has gone through industry 2.0 (electricization, automation), industry 3.0 (informatization), and has begun to move toward the era of industry 4.0. In the development process of the manufacturing industry, each stage has its own problems and the inherent rhythm and laws of its own development, and each step is based on the mature construction and rich experience of the existing stage. People came one step at a time, and now they are proposing Industry 4.0 according to their own development requirements.

â€œIn the future, about 40% of the world's top 500 companies will be on the brink of collapse due to the decline in digitalization. This trend is not difficult to find from the strategic plans announced by countries including Germany, the United Kingdom, the United States, Japan and China. The market structure is reshaping, and the demand in the new revolution - the intelligence built by the Internet and digitalization is clearly ready to come out." This is a paragraph from the report of the Yamashita Mazak Commodity Strategy Department, Mr. After listening, it is steep and urgency.

So, do you have to do it slowly or do it quickly? In fact, the above two paragraphs are justified. The national strategic plan "Made in China 2025" puts smart manufacturing in the main direction of the next decade, which is important because of the obvious gap between us and the world. There are gaps that must be caught up, but it is impossible to do it in a big way, and there is no cheap thing to overtake. Do you rely on investment? It really needs continuous investment, but it can be achieved only by input; by technology? It really depends on the innovation drive, but it can be achieved without the core technology; depends on management? I really hope for institutional reform, but even if I have an advanced enterprise system, I can enjoy the fruits of intelligent manufacturing. The answer is obviously not.

It is worth mentioning that Mr. Qu Xianming, who is now an expert on the manufacturing office of the Chinese Academy of Engineering, fully affirmed that the Little Giant achieved results in digital intelligence, and pointed out that â€œI think the Little Giantâ€™s factory is a strong intelligent function. The digital factory is not a smart factory in the strict sense." During CIMT 2015, Mazak introduced the new manufacturing concept to the Chinese market, Smooth Technology, and introduced the concept of the new generation of intelligent factory "iSF". In fact, Mazak, which has already taken the lead in smart manufacturing, not only has not slowed down their pace, but is also expanding its advantages.

It can be seen that smart manufacturing is a process, not even an end. It is not the day when it suddenly comes, but it is getting through the accumulation of time. In fact, the changes we are experiencing are not started today. Their development has its own internal laws, and it is not controlled by the subjective will of the people. Only by step by step can we achieve the goal.

Question 2: Why aren't the Little Giants afraid of you?
Since 2004, Mazak China has held a â€œMade in the Futureâ€ exhibition every year, and the Little Giant factory has been successfully held for 11 consecutive years. Over 10,000 managers and experts with more than 4,000 customers visited the fully-opened Little Giant Intelligent Factory to understand the main elements of the Mazak factory's intelligence. All the guests attending the forum this year included peer experts in the machine tool industry. The organizers arranged nearly two hours of on-site visits. The Little Giant opened all the technical processes of processing, assembly and testing, and allowed photographs. Mazak Self-confidence and open mind are self-evident.

Once upon a time, the cautious and alert character of Japanese companies was well known in the industry, and now where does Mazakâ€™s openness and confidence come from? During the two-hour visit, the layman watched the lively insider to see the doorway, and even if he really looked at the little giant, he might not have seen the most essential thing of Mazak.

According to Dong Qingfu, the president of Mazak China, the Little Giant has more than 800 employees, of which only 5 are Japanese, and they are not in the main leadership positions. The main decision is made by the Chinese. But what I did was made in Japan, and it was Japanese management. Why did the Chinese enter the Japanese company, the quality and concept changed? Dong Qingfu believed that the concept and quality of people are the decisive factors that determine the success or failure of the company.

The young worker of the Little Giant product line inspection post, when accepting an impeccable bed with a professional eye, can pick up the quality of the eggs and write two sheets of paper. According to this standard, our domestic counterparts The product can probably be filled with more sheets of paper. The correction of these problems needs to be returned to the various related processes. Everyone will take back the work with a refined attitude, and there will never be a bridge section that we are familiar with, "Buddy, why do you deliberately make it difficult for me?" 5S management is implemented in most enterprises, but if the number of small giants is ten years, there are not many companies that do 12 points every day. Even the simplest work of cleaning the floor has become a realm with no hygienic corners and no oil stains all the year round. They call this the "artisan spirit."

This is the world of Mazak, which is what we often call corporate culture. Organizing 800 Chinese people together has made an advanced Japanese company. Perhaps their practice can inspire us to advance our Chinese counterparts to smart manufacturing. (Yang Qing) 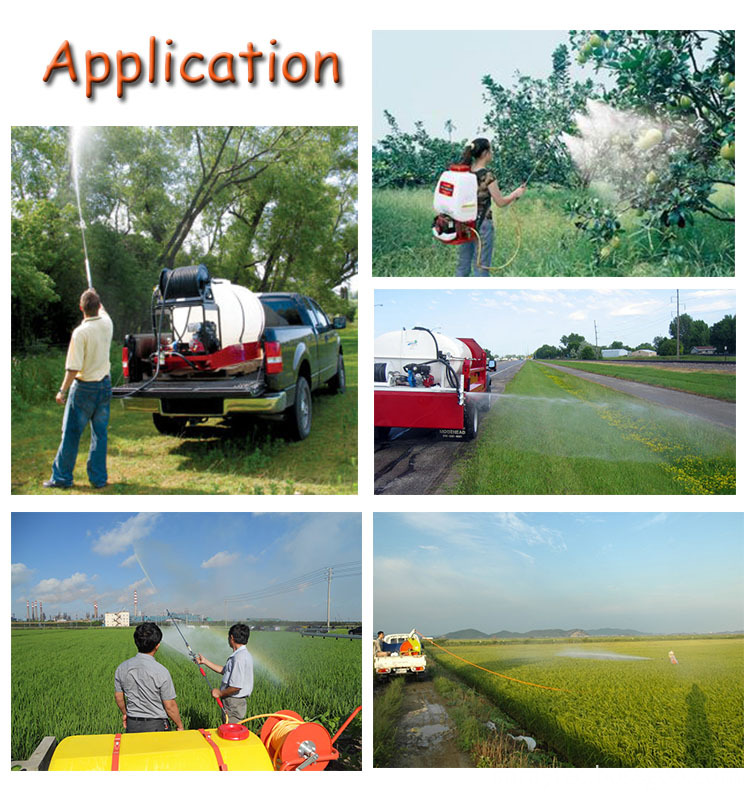 Previous: Carbon dioxide production of biodegradable plastics is not a dream

Next: What are the main reasons for the use of herbicides in corn fields?