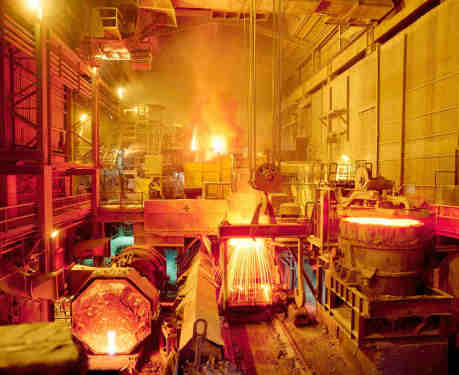 According to statistics from the World Steel Association, the total global crude steel production last year was 1.55 billion tons, an increase of 1.2% year-on-year; the annual capacity utilization rate was 78.2%, down 1.7 percentage points from 2011. Among the regions, production in the Middle East, Asia, and North America increased significantly, and Europe, South America, and Oceania experienced declines.

Steel stocks declined for 10 consecutive months. Last year, the social inventory of the country's 26 major steel markets, five kinds of steel mid-plates, cold-rolled sheets, hot-rolled sheets, wire rods, and rebars showed an upward trend and then a downward trend. At the end of December, steel society stocks stood at 11.88 million tons, which fell for the tenth month in a row. Compared with February, the highest in the year, the cumulative decline was 7.06 million tons, a drop of 37.3%.

Steel prices oscillated downward. In the first eight months of last year, the price of steel products first went up and then fell. In the last four months, the steel market recovered slightly and dropped slightly. Last year, the average price index for CSPI steel was 111.76 points, a decrease of 19.28 points over the previous year, a decrease of 14.71%.

Iron ore prices rose rapidly at the end of the year. Last year, China's cumulative import of 714 million tons of iron ore, an increase of 8.4%, the average import price of 128.6 US dollars / ton, compared with the previous year dropped 35.4 US dollars / ton. The price of imported iron ore has been oscillating since falling to the lowest point in three years at the end of September. At the end of December, iron ore prices quickly rebounded to nearly US$160/ton.

The economic efficiency of enterprises has dropped significantly. Last year, China's key statistical iron and steel enterprises realized a total sales income of 35,441.10 billion yuan, profits and taxes of 74.089 billion yuan and total profit of 1.581 billion yuan, respectively, down 4.31%, 54.33% and 98.22% over the same period of the previous year. From the situation of last year, the whole industry suffered losses in January-February, slightly profitable in March-May, and suffered losses again in June-September, which improved in October-December. In the case of sluggish markets and rising prices of raw materials such as iron ore, the profit margins of large and medium-sized steel companies last year were only 0.04%.

This year's situation in the iron and steel industry predicts that the demand situation has improved, but it is still not optimistic. Luo Baihui, secretary-general of the International Mould, Hardware and Plastics Industry Suppliers Association, said that in the fourth quarter of last year, Chinaâ€™s economy had seen a good momentum of stabilization and recovery, which provided favorable conditions for the stable development of the steel industry this year. On the whole, the operating environment of the steel industry in the first quarter of this year is better than last year, and the demand for steel products will increase. However, due to the large base capacity of the steel industry, the situation of oversupply in the market has not yet been significantly improved.

The rising production costs make it difficult to reduce costs and increase efficiency. Luo Baihui believes that the United States, Europe and the United States have introduced quantitative easing policies one after another, which has promoted a new round of rising prices of international bulk commodities such as iron ore and coal. This year, China will increase energy-saving emission reduction efforts, resources, energy prices, fiscal and tax reforms will further accelerate the pace, companies in energy-saving environmental protection and other aspects of investment and operating costs will increase. In addition, this year's capital shortages will continue to be sustained and the cost of funds will continue to rise.

Trade frictions have increased and steel exports have become more difficult. Luo Baihui pointed out that there have been nine cases of trade remedy investigations against China's steel products last year, showing an explosive growth trend, and changes have occurred in the countries and regions that initiated trade remedy investigations. Anti-dumping and anti-subsidy investigations against China were first initiated by the United States and Canada, and then spread to the European Union and Australia. At present, ASEAN countries and Brazil have gradually become the main sponsors. The pace of world economic recovery this year is still slow, and it is expected that China's steel products exports will encounter greater resistance.

â€œThe iron and steel industry in China has achieved rapid success in recent years and has achieved world-renowned achievements, becoming a veritable steel country.â€ Luo Baihui believes that the overcapacity and sluggish operations in the steel industry have caused the structural adjustment and transformation upgrade of the Chinese steel industry. Imperative.

As early as October 2011, the Ministry of Industry issued the â€œ12th Five-year Development Plan for the Iron and Steel Industryâ€ to the Ministry of Industry, clarifying the development strategy and objectives of the steel industry and clarifying the development priorities. Among them, the nine key areas and tasks during the "12th Five-Year Plan" period were described in terms of accelerating product upgrades, deepening energy-saving emission reduction, strengthening technological innovation and technological transformation, and eliminating backward production capacity. It is necessary to learn from and introduce advanced foreign technologies and management methods in the process of achieving the planning goals, which will also make the transformation and upgrading of China's steel industry more smoothly.