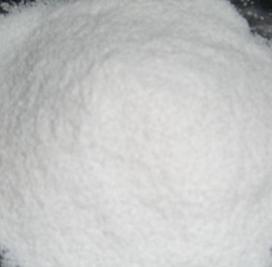 In mid-May, the market for titanium dioxide prices has gradually weakened. Titanium dioxide domestic leading Sichuan Long Yao Titanium Industry Co., Ltd. (referred to as "Sichuan Dragonfly") has attracted much attention in the industry, but the company currently has no price adjustment action.

Up to now, the market price of titanium dioxide has been gradually stable, and the majority of the domestic ** rutile-type and anatase-type titanium dioxide have been quoted in the mainstream of RMB 12,000-13,200/tonne and RMB 10,000-11,000/ton (both including tax).

Since April, due to the consecutive increase in prices of Sichuan Longxuan, some titanium dioxide producers have followed up, in the range of 300-600 yuan per ton, or 3%-5%. In addition, at the 2013 National Titanium Dioxide Industry Annual Conference held in November last year, it was revealed that the titanium dioxide pollution prevention and control policy has been completed in the first draft and will be introduced this year as planned. The industry expects that as the market inventory clears and the industry's production capacity is accelerated to rectify, the follow-up titanium dioxide may still have price adjustments, which will drive the industry's supply and demand pattern.

Industry analysts believe that at the beginning of May, the market price of titanium dioxide climbed slightly, the stocking of downstream users was drawing to a close, and the enthusiasm of traders and end-users who had stocked inventory gradually â€œcooledâ€, digesting inventory or becoming a market player, and currently need to wait and see Sichuan. The price trend of the Longxi market.

Previous: Safe is the starting point every day

Next: Wearing a helmet to protect your life