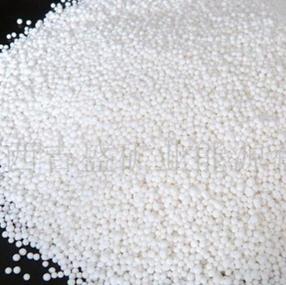 On May 20th, it was learned from the China Nitrogen Fertilizer Industry Association and the Urea Enterprise Export Union that urea production companies and export traders that joined the urea export coordination mechanism voluntarily passed the "Urea Export Self-regulation Convention" to explore the establishment of a new order for urea industry export and change the game. The competition mode is a competitive cooperation mode, so as to safeguard the legitimate interests of the domestic urea industry, establish a good image of China's urea in the international market, and enhance China's urea international competitiveness.

It is understood that China's total urea exports in 2013 was 8.255 million tons, an increase of 18.96% over 2012. However, some companies have the following problems in the urea export: First, product quality problems, reflected in the biuret content is not up to standard, mechanical strength is not enough, wet agglomerate and so on. The second problem is packaging. For some companies, in order to reduce costs, do not use film (plastic) packaging, resulting in customers stuck in the cutting process of cutting machine; manufacturers "steal weight," marked on the packaging "Â± 0.5 kg", the actual weight of the package The lower limit is used or even insufficient; there is secondary pollution in the product during transportation. The third problem is logistics costs, high loading and unloading costs, high transportation costs, and low efficiency in loading ships. The fourth is the lack of a good brand effect. The production enterprises are decentralized, and the caliber of trade enterprises is not uniform, and the fist effect cannot be formed. The enterprises viciously compete and export profits cannot be guaranteed.

The "Urea Export Self-regulation Convention" adopted this time is applicable to urea production companies and export traders that have joined the urea export coordination mechanism. The â€œConventionâ€ requires that the quality of products for export must meet the standard of first-grade urea products; the weight of the bags must be strictly controlled to about 150 grams, and the indicators such as mechanical strength should meet the national standards. The net weight of bagged urea should be 50 kg. Manufacturers and export traders must adhere to the business philosophy of "contracts and keep credibility," build a true strategic partnership, and resolutely eliminate contract defaults during contract execution. Manufacturers and export traders must establish the overall awareness to resist the malicious short-selling behavior of international bad traders and agents and eliminate vicious competition.

Li Shousheng, executive vice president of the China Petrochemical Federation and chairman of the Nitrogen Fertilizer Association, pointed out that urea production companies and export traders voluntarily passed the "Urea Export Self-regulation Convention", which is an industry and an enterprise that further regulates export order, enhances product quality, and promotes rational competition. Effective measures will help increase the competitiveness of China's fertilizer exports and safeguard the overall interests of the country, industry, and enterprises.

The first round of the urea coal export alliance, Jia Hongbin, head of the operation management department of the coal chemical industry division of the Shanxi Coal Group stated that the domestic urea supply has changed from a shortage to an excess period, and the original light storage and sales order has been broken. When a new order is established. The Urea Export Self-discipline Convention has become a bold attempt by the industry to explore and establish a new order. Enterprises should jointly abide by the convention, change the past game competition model, and turn into a competitive cooperation model.

Relevant person in charge of the National Development and Reform Commission: Export tariffs are an important means of adjusting exports. The initial purpose was to ensure and stabilize domestic material supply. The country is currently considering opening up the urea export policy in the future, timely canceling the difference in export tariffs during the busy season, unifying the annual export tariffs, and promoting the free docking between the domestic market and the international market.

Li Shousheng, executive vice president of the China Petrochemical Federation and chairman of the Nitrogen Fertilizer Association: Good export of chemical fertilizers is an effective way and channel for alleviating excess urea production capacity. The Nitrogen Fertilizer Association will play a role in the association, reflecting the voices of enterprises and industries, and actively calling for relevant national ministries and commissions to make adjustments in export policies and provide a favorable policy environment for urea exports. At the same time, through strict control of new production capacity, eliminating backward production capacity, speeding up transformation and upgrading, and nurturing the typical market practices to resolve excess urea production capacity and promote the healthy development of the urea industry.

Ma Yuesheng, General Manager of Shanxi Tianze Coal Chemical Group Co., Ltd.: To build a quality urea product before it can open up the international market. We must take active measures to adjust the production process according to the different requirements of the international market for the quality of urea products, and produce urea products that meet international standards and standards. Although the strength of large-granule urea is not a national standard, high urea intensity can reduce the amount of dust generated during export transportation. In response to this situation, the company sent special personnel to the Port Authority to study the large-particle urea strength test method. In each production plant, the central laboratory and the urea section were equipped with an intensity detector, and the urea strength was listed as an indicator for the quality control of exported urea. At the same time, it organized technical personnel to tackle the problem and realized that under the premise of ensuring the quality of urea products, the urea strength was increased by 50% compared with the original, and it was welcomed by customers. This shows that only by making a good product can it be accepted by the market.

Li Kai, deputy general manager of Shandong Coal Industry Group Co., Ltd. of Shanxi Coal Group: Logistics has become a bottleneck restricting the export trade of chemical fertilizers. Develop urea bulk logistics model, fully consider the impact of factors such as people, operating environment, transportation conditions, climate and other factors in the process of bulk cargo consignment, use containers to transport bulk cargo, have a high degree of mechanization, and change the traditional mode of â€œhuman sea operationsâ€ and reduce The packaging and logistics links have improved efficiency, saved costs, minimized the loss of goods and pollution, and can truly achieve a win-win situation for factories, carriers, traders, ports and users. In particular, in 2013, the coalition Hong Kong Logistics used this model to successfully operate an export of 180,000 tons of urea with remarkable results. The success of the new model will also radiate the development of other bulk cargo types, which will trigger a major change in bulk cargo transportation.

Ji Shaobo, President of Yantai Port Group: As the main port for urea export, Yantai Port will establish an export blacklist system, and any company that has made improper behaviors in urea export (caked, lost ton, packaging pollution) or does not pay attention to product quality behavior, All of them will be blacklisted and will not be allowed to enter Yantai Port. Contrary to this, key urea production companies that have the advantage of exporting resources and meet the needs of the international market will adopt a method of classified storage to ensure product quality and enter the domestic urea market. International market support.

To meet the age of competition

At present, the uncertain market and complex and ever-changing operating environment make it difficult for a single company to respond to fierce competition by its own strength. The single-minded, dead-minded thinking model is increasingly unable to meet the needs of modern competition. More and more companies are beginning to establish new concepts of competition and cooperation. Urea export is applying such a concept.

In recent years, the scale of Chinaâ€™s urea exports has continued to expand and the number has continued to grow, but the quality of export products and international branding have not developed in concert with their counterparts. On the contrary, due to product quality, logistics issues, and packaging problems, Chinaâ€™s urea exports have even become low-quality, low-quality goods with poor quality, and the vicious competition between manufacturers to offset each other has not seriously affected the international reputation of urea products in China. Also can not make money. Disordered urea export competition has damaged the interests of countries, industries, and enterprises. Therefore, it is urgent for urea export companies to regulate their own behavior and form a joint force.

Urea production enterprises and export traders jointly formulate the "Urea Export Self-Discipline Convention", which is self-restraining in terms of product quality, contract performance, boycotting vicious competition, communication and coordination, and exploring the formation of competitive cooperation between enterprises, in order to build a healthy urea export competition. The foundation of the joint model.

The age of competing for urea exports has come. We expect that China's urea industry will soon establish a good international image and safeguard its overall interests. China's urea companies will accelerate growth and upgrade in the competition.


Quality Guarantee
We will check the products strictly one by one before arranging the shippment.
Price Discount
We will give discount to the long term business partners or the big order.
Customized Service
We can offer the OEM service based on clients' requirements such as the color,label or the

Next: Changsha Aerospace Industry will cultivate hundreds of billions of industrial clusters such as superhard materials