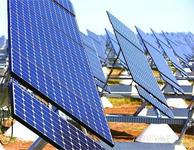 From January to June this year, the capacity of photovoltaic power stations in Ukraine increased by 51.4% to 494 MW. In the first half of this year, investment in the photovoltaic industry has exceeded 360 million euros.

According to the Ukrainian Renewable Energy Association, a total of 12 PV power stations in Ukraine were put into operation in the first half of this year, with a total installed capacity of 167.7 MW. By the end of the year, seven photovoltaic power stations (approximately 50 MW in total) are expected to be completed. The slowdown in the construction of photovoltaic power plants in the second half of the year is mainly due to Ukraineâ€™s requirement that the power station components must use Ukrainian products.

It is reported that Uzbekistanâ€™s efforts to develop renewable energy in recent years is mainly aimed at improving the independence of energy supply, resolving the imbalance in energy supply regions, and alleviating the environmental pollution caused by traditional energy sources.

Previous: Chloroacetic acid product information in the first half of 2013